Dramatic arts at the JCC provides a warm, kind, and caring environment for each and every child to thrive and build their self-esteem. We encourage imagination and creativity, bringing out the star within every child!

The Dance and Dramatic Arts school is designed to develop talent and imagination while building confidence, self-image, and the joy of performing. We strive to inspire children, teaching students to appreciate drama as a form of communication and expression, whether they are aspiring performers or simply taking class for fun.

Our professionally trained staff follows a creative and progressive curriculum that allows students to hone their skills and grow as individuals with confidence and pride. We are proud to offer a dynamic and comprehensive theater program comprised of classes and performance opportunities for preschoolers through adults. Whether you are a beginner or a seasoned professional, the Dance and Dramatic Arts School has a class for you!

JCC Kids and Youth Theatre teach acting and musical theater skills, with all students performing one show in the Winter and one in the Spring.  All who register will audition and be cast!   Our performance companies offer children and teens the opportunity to shine in an environment of teamwork, with a focus on creativity and experiences that build self-confidence.  Our productions are fully staged with sets, costumes, and lighting.  Please know a few extra rehearsals will be added leading up to the show. Performances are open and welcome to the community! Tickets: $10 Member/$15 Public general seating. Tickets may be purchased in the performances section of this page.

In a magical underwater kingdom, the beautiful young mermaid, Ariel, longs to leave her ocean home – and her fins – behind and live in the world above. But first, she’ll have to defy her father, King Triton, make a deal with the evil sea witch, Ursula, and convince the handsome Prince Eric that she’s the girl whose enchanting voice he’s been seeking.

Legally Blonde JR. follows the transformation of Elle Woods as she tackles stereotypes, snobbery and scandal in pursuit of her dreams. When Elle’s boyfriend, Warner, dumps her and heads to Harvard, claiming she’s not “serious” enough, Elle takes matters into her own hands, crafting a showy song-and-dance personal essay and charming her way into law school. Befriending classmate, Emmett, and spunky hairdresser, Paulette, along the way, Elle finds that books and looks aren’t mutually exclusive. As Elle begins outsmarting her peers, she realizes that law may be her natural calling after all.

In Little Actors, we stretch our imaginations and have cooperative fun with Miss Allyson.  Students act out short stories and engage in activities which encourage physical and vocal expressiveness.  Students build skills of confidence, communication, self-expression, language, listening, sharing and teamwork.

Our beginner classes focus on building skills of confidence, communication, self-expression, language, listening, sharing and teamwork.   Students are welcomed into the magical world of theatre and learn that drama class is a place where they can make new friends while learning how to act.  Students enjoy theatre games, scene work and monologues in each class!  Teacher: Kathryn Dipasquale

Get ready to laugh, learn and grow! In Acting and Improv, students gain confidence, conquer shyness and learn skills, while having fun! Improvisation teaches us how to develop characters, through storytelling and self-expression, while feeling creative excitement and having a lot of laughs! Students enjoy theatre and improv activities, scene work, and monologue each class! Teacher: Adam Sietz is a top voice over artist and stand-up comic. He’s performed in Broadway shows, Films, TV series, Video Games and over 101 commercials.

This exciting workshop is for creative young students who want to perform in comedic and dramatic plays.  Students develop a broad range of acting skills with exciting classic scripts adapted for performance by the class, including some of the cleverest comedies of all time.  Young actors will gain confidence, learn to make their characters more believable and bring real feelings to their performances.  Teacher: Jenna Mate

During the Nazi occupation of the Netherlands, Anne Frank began to keep a diary on June 14, 1942, two days after her 13th birthday and twenty-two days before going into hiding with her parents, sister, and three other people. Hiding in the sealed-off upper rooms of the annex of her father’s office building in Amsterdam, Anne and the others cope with the day-to-day struggles of life in cramped quarters, as the specter of tragedy looms, ever-present, over their every move.

What to prepare: One-minute monologue of your choosing.

Banished by the ferocious tiger, Shere Khan, a human boy named Mowgli and his panther friend, Bagheera, are on the run in the deepest parts of the jungle. On their journey, the two meet a sinister snake named Kaa, a herd of elephants and a giant bear named Baloo, who teaches them the swingin’ musical rhythms of the jungle. After surviving a dangerous encounter with a band of monkeys led by King Louie, Mowgli and Bagheera are forced to run for their lives. When Shere Khan returns, our heroes must rally their fellow animals into battle and restore peace throughout the jungle.

When powerful newspaper publishers raise prices at the newsboys’ expense, the charismatic Jack Kelly rallies newsies from across the city to strike against the unfair conditions. Together, the newsies learn that they are stronger united and create a movement to fight for what’s right. 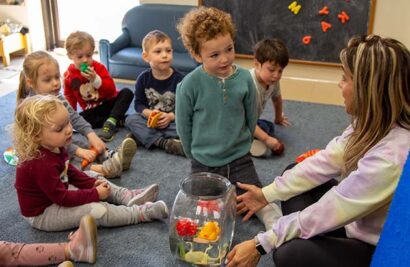 Ages3 months – 5 years
The Leonard and Syril Rubin ECC is a warm and caring environment rooted in Jewish values. We believe children are natural learners and through play-based programming, we build a love of learning that lasts a lifetime.
Register Here Learn More
Dance 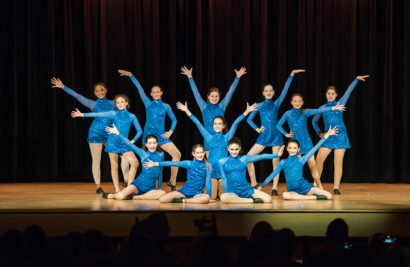 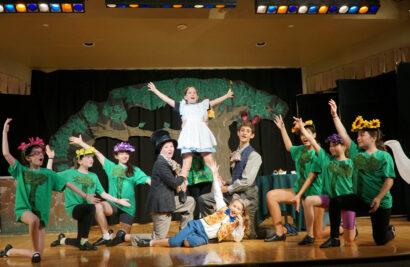 Ages8-16
It’s your child’s summer to shine! Drama Camp immerses children in an exciting musical theater experience, and NEW this year, a really fun (yup, not just fun…really fun!) intensive week of learning all about the FUNNY side of Theater and Performance with a seasoned pro.​
Camp Registration Learn More
Get In Touch