Our lectures and learning programs bring subjects alive through the enthusiasm of our instructors and their passion for the material.

February 9
Rita Rudner: My Life in Dog Years
Acclaimed comedienne with a career spanning from Broadway to Late Night with Johnny Carson, Rita Rudner will discuss her new book My Life in Dog Years. She’ll share wild behind-the scenes stories from her over three-decade career and explain how she has depended on the steady, non-judgmental, immensely satisfying love that only dogs can bring.

February 16
The Unseen Body
Internist Dr. Jonathan Reisman will take us on a journey through the human body and across the globe, weaving together medical stories about our insides with a unique perspective on life, culture, and the natural world. Reisman has practiced medicine in such far-flung places as the Arctic, Nepal, India and rural Appalachia. This talk will be quite the expedition.

Save the date
JCCU Spring Term, In Person May 11 & June 8

A “road movie” dramatizes the theme of exploration; it’s the film interpretation of the journey. This semester, Professor Dan Jatovsky will present three road movies. He’ll introduce the film, we’ll screen it together, and then he’ll lead the discussion following the film.

Even if you’ve seen the movie, watching it together and discussing it with an expert makes for a richer experience. So ride along; it’ll be a fun journey.

Lost in America (1985) Starring Albert Brooks and Julie Hagerty
A husband and wife in their 30s decide to quit their jobs, live as free spirits and cruise America in a Winnebago.

The Darjeeling Limited (2007) Starring Owen Wilson, Adrien Brody and Jason Schwartzman
A year after their father’s funeral, three brothers travel across India by train in an attempt to bond with each other.

The Lower East Side: A Revolving Door for Immigrants
With Thorin Tritter, PhD
Explore the history of Manhattan’s Lower East Side between 1820 and today. It traces wave after wave of immigrants explaining why they came to this particular part of New York, the lives they made for themselves, and what remains of their communities today. The talk includes details about the Irish and Germans who began moving into the neighborhood in the 1830s, Italians and European Jews who arrived in the 1880s and 1890s, and the development of Chinatown in the 1880s and more recently.
Thursday, 3/9, 11 am, $15/$20

From Hitler to Hollywood: How Jewish Exiles Reshaped American Film
Hundreds of Jewish filmmakers were forced by Nazi oppression to leave Europe. Most found their way to Los Angeles, where their acting, writing, musical and directing talents helped ignite the golden age of the Hollywood studios. How did these exiles survive? And how did their talents enrich and change American film? John Kenrick celebrates this rich and rarely discussed legacy, from CASABLANCA to SOME LIKE IT HOT and beyond.

Guys and Dolls: A Musical Fable of Broadway
How were Damon Runyon’s tales of the gamblers and showgirls of old Times Square turned into a hit musical that remains an international favorite after more than 70 years? Musical theater historian John Kenrick takes us behind the scenes into the creation of the original production, the film version and some memorable revivals. Performance clips will cover three generations performing Frank Loesser’s glorious score.

How Better Hearing Can Improve Your Quality of Life
Presented by Dr. Yonah Orlofsky, Director of Audiology at New Jersey Eye and Ear

A discussion led by Dr. Orlofsky will cover hearing loss and its effects on overall health, important advancements in audio technology, and debunking the myths associated with hearing loss and hearing aids.

Multiple studies have established a connection between the gut and the immune system. Join us for an informative talk by Dr. Coburn, as we explore the importance of gut health on overall health and wellbeing.

During the program, Dr. Coburn will address a host of questions including:

GANJ is the largest gastroenterology practice in northern New Jersey with 27 locations in four counties and is served by 39 gastroenterology physicians, each with an emphasis on personalized care for patients of all ages.

Renowned celebrity makeup artist and founder of Khuraira Cosmetics, Khuraira Musa shares how she went from a childhood in a Fulani settlement in northern Nigeria to the height of success in New York. With her business now located in Tenafly, Khuraira is makeup artist, dear friend and inspiration to many in our JCC community.

This event marks the launch of Khuraira’s book The Audacity of an African Girl. 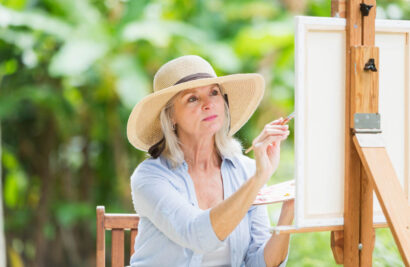 Create what your mind can see, or create what just flows out of you with visual art classes.
Learn More
Adults 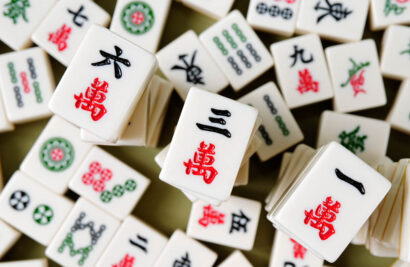 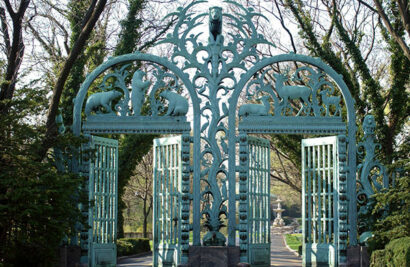 Explore new places with us! Broaden your horizons and boost your spirits.
Learn More