Retired seniors often begin to feel a lack of purpose, develop listlessness and eventually may even become depressed.  If these feelings are coupled with cognitive decline or developing dementia, individuals can feel a loss of their identity.  If I can’t remember, then how do I know who I am?  Years of research have shown us that humans are so much more than just their memories.  The loss of cognitive ability, while frightening and terrible, need not become a person’s defining characteristic.  We exist as our emotions, our senses, the movements and choices we make, and our preferences at any given point in time and so learning to live in the moment can have a positive impact on one’s sense of self and well-being.  Leo Tolstoy wrote that, “[a]rt is an organ of human life, transmitting man’s reasonable perception into feeling.”  Can art then be used to change the face of dementia care?  As one’s perception changes, art allows each individual a new road by which to express their reality and interact with the world around them – to be in the moment.  We do not create art merely for its aesthetic value.  Through the creation of art, it is possible to find a renewed sense of self, and for seniors, it is a way to reinvigorate them with a sense of purpose.  Even if they have no previous experience with the world of art, it is never too late to create.

As I grab her hand and lead her to the dance floor, she tells me, “I can’t dance.  I don’t know any of the moves!”  I quickly explain that none of us know the moves, that we are just moving to the music.  She joined our dance circle, and later on told me what a great time she had.  While we have entertainers come and play music every day, once a week we have Dance Club.  Allyson Carolan, the director of dance and the dramatic arts here at the JCC, joins us for 45 minutes in the Club House as we revisit music from our seniors’ youth, and the dance steps that go along with them.  Before the class begins, Allyson goes around the room and checks in with each senior.  After we dance, she checks in again.  The difference in their demeanor is resounding and powerful.  After reminiscing and moving their bodies, our seniors’ moods change completely and when we ask them how they are feeling, instead of saying just “okay,” they say “great” or “good as gold.” They also talk more, saying things like “this reminds me of my grandma’s kitchen” or “I’m good because I feel like I really helped someone”.  As a teaching-artist, Allyson says, “ … my heart is full when I see their energy level increase and a big smile on their faces.”

There is a scientific basis for this change in mood associated with dance.  Many studies have observed the positive influence of dance on the elderly.  In particular, a 2015 study published in Biomedical Central Geriatrics compared the artistic, social and emotional powers of dance to regular physical exercise.   Although the physical intensity associated with a dance class is far less than that associated with an exercise class, even this minimal level of activity was shown to be sufficient to change the growth factors that support brain plasticity.  Dance movements affect the parts of the brain in charge of perception, memory, motor skills, emotion, and executive function.  The rhythmic aspects of dance target several different cognitive areas. It has been found that rhythmic movement not only improves one’s gait, but also improves mood and memory.  Dance also influences peoples’ psychological outlook.  It promotes self-expression and communication, and group dance supports a sense of community that works against the fear and isolation brought on by cognitive decline.  Like in our Dance Club, dance can even work as a tool for reminiscence, helping to restore long-term memories or the associated emotions.

While popular science has pointed to the positive effects of music on the elderly with dementia, we get to see our own anecdotal evidence most Wednesdays when we have Music Appreciation Club.  Since September, we’ve been meeting weekly to listen to and discuss a specific piece of music.  I am overwhelmed by the appreciation our seniors show for this experience.  Some conduct with their hands, some conduct with their canes, and some even sing aloud.  Research has shown that music affects the emotional well-being of people with cognitive impairments, and as they participate in enjoying and creating music, there is a palpable shift in mood.

Interacting with  visual art has similar benefits. It encompasses viewing art, object handling, and creating art such as paintings and sculpture.  The New York Metropolitan Museum of Art pioneered an in-house program making their art accessible to those with cognitive impairment.  They also send out teaching-artists and professionals to facilitate discussions and art making outside of their building.  These interventions operate at the level of each individual, allowing each person to create something for themselves with the pride of independence.   These activities are incredibly effective because the ability to create is not dependent on memory and the arts are something that can be enjoyed in a community setting.  They foster social interaction and focus on “in the moment” senses, without reliance on any prior knowledge or experience.  Through the arts, caregivers and practitioners can focus on the abilities of those we serve, rather than the deficiencies which are typically the focus of the medical care model.

“I never knew I was an artist until I came here.  My wife told me to come and try the programming and make some new friends, but I’ve learned so much.”  Each week, the Club and the Adult Reach Center (ARC) offer over 20 options for our members to engage in – everything from cooking to photography to drama, dance and music appreciation.  These sessions allow our members to foster new interests and create a feeling of mastery as they hone new skills.  While scientists still debate the ability of individuals to learn once cognitive decline has set in, I have seen our members gain new abilities and push themselves outside their comfort zones.  Not only do we offer a place to make new friendships, but we offer a place for people to find a purpose, to cultivate a continuing feeling of growth and success.

John Keats leaves us a beautiful quote that relates perfectly to person-centered, creative care: “O for a life of sensations, rather than of thoughts!” Creative care practices allow for in the moment”experiences, rather than asking people in cognitive decline to “remember”, which leads to frustration and fear.  Rather, we must continue to expand co-creativity as the field of creative care grows.  We must make room to foster creative engagement and build positive psychological, physical, and emotional health for older adults.  The arts offer a sense of harmony and unity in a world that is so often confusing.  No matter how old you are, art can add meaning and value to your life.  It is essential to include everyone in its appreciation and creation.  It is never too late to create!

Written by Sarah A. Feinmark, CLUB Supervisor, Kaplen JCC on the Palisades 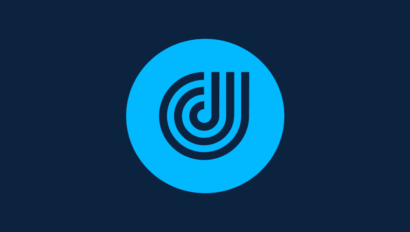 The Art of Aging: Finding One’s Inner Artist in the Golden Years

Role Reversal When Caring for Senior Loved One

The Positive Effects of Tablets on Seniors Living with Cognitive Decline